This post was first posted on my A-N blog in early September.

Since I last posted in July I’ve had a chunk of time ‘off’ with my son (whilst my Urban Rural Exchange with Karen Wood continued on Instagram), and have also been involved in a number of events, coming together with others to explore ideas of rurality, to reflect on the climate and ecological crises, and offer/receive support.

In a time of ecological breakdown, and related political and identity crises, these assemblies of like-minded people become more and more important, both to my individual practice and my ability to cope with an uncertain future for my family. Big changes are coming as old structures collapse and new ways of being emerge. 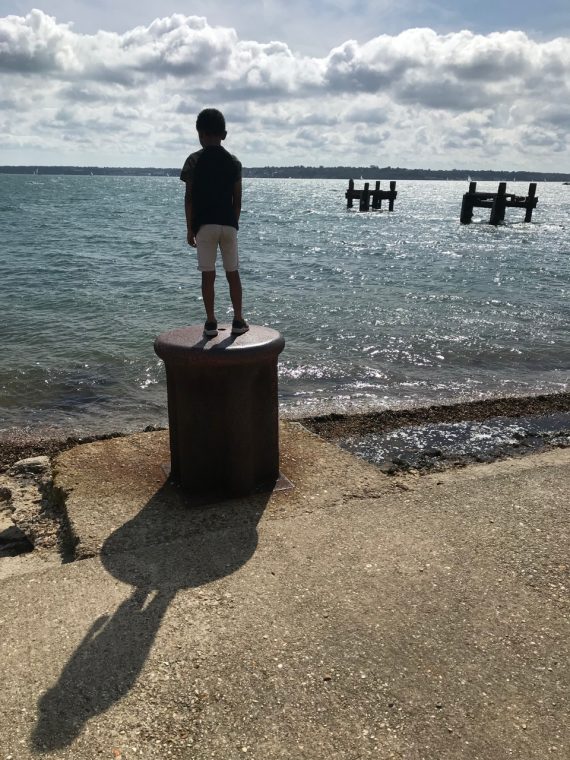 Earlier this year I was asked to speak about my piece ‘The Distance Between Us’ as part of a Dark Mountain gathering in Stroud, and I shared how my work was developing in the face of such uncertainty.

‘I don’t have all the answers, but I am feeling my way, asking for guidance from both the human and the more than human worlds. My work is becoming more collaborative, as I open up to connecting with and responding to other artists, writers, educators and animals. I try to be more open about my anxieties for the future, both within my work and my personal life. And I find peace, still, in those quiet moments when I step out into my garden (it doesn’t have to be a forest) and notice the water droplets on the fresh green leaves, or the spiralling tendrils of the climbing French beans. Spring is here and it is wonderful, and I try not to think of what summer might bring.’

You can read more about that here. 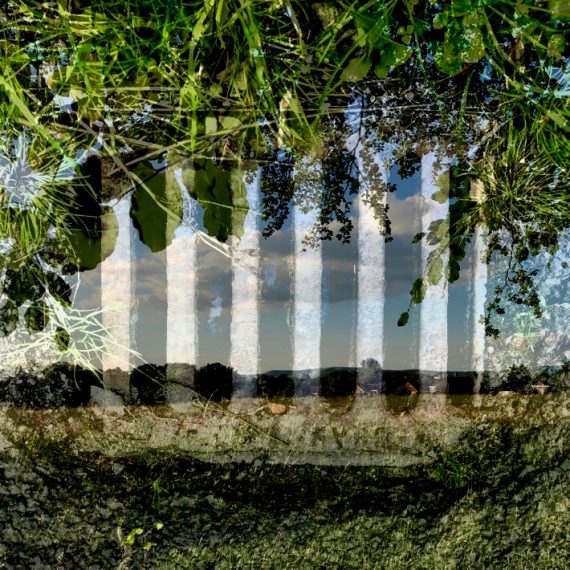 In late June I attended The Rural Assembly: Contemporary Art and Spaces of Connection at The Whitechapel Gallery , as part of the research funded by my A-N bursary.

‘(The Rural Assembly) …looks at contemporary artists and creative practitioners who are challenging the assumptions made about rural life and culture, providing a new vision of the countryside grounded in everyday experience and a critique of the rural-urban binary.’ 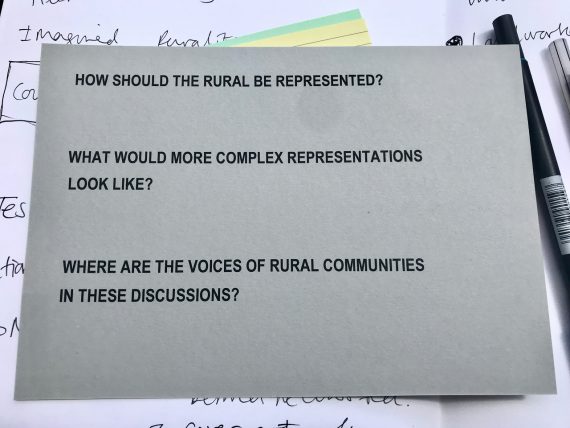 One of the key things that I took away from this event was the need for me to be myself. To accurately and honestly share my practice as an artist based in a rural area. With the majority of ideas of rurality based on romantic notions of clean air and lush greenery, an idealised place to escape to from the city, the reality of rural life needs to be communicated clearly and confidently, in order to be heard alongside the urban voices that often seem to dominate contemporary visual art.

The second day of The Rural Assembly took place at Wysing Arts and I was particularly excited to be part of this more interactive and conversational day, and in a venue where I ran some of my very first arts workshops back in 1997. 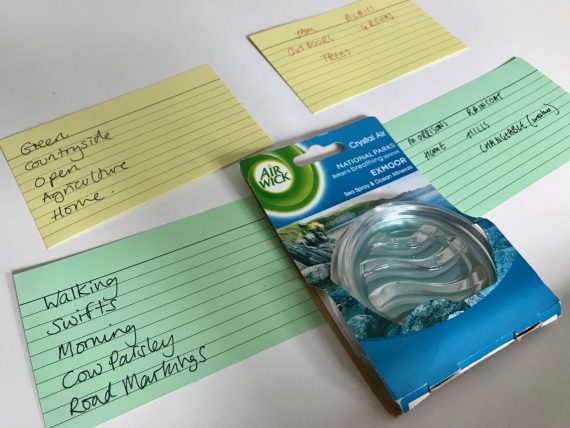 As it happened I got half way and had to admit defeat, with trains cancelled at Reading and Cambridge I missed the coach to Wysing from London. Transport is a key issue for me and anyone else living in a rural area who is trying not to drive so much.

The second day was of particular interest to me because it included Queer and Black voices, and being a gay Dad of a black son, I’m keen to connect with others of a similar background whose work explores their experience of living and working in ‘the countryside’.

From The Rural Assembly in late June, I then went along to The Culture Declares Emergency National Assembly at The Roundhouse, Camden in early July. I declared an emergency as an individual artist in April and wrote a blogpost detailing what this might mean for my practice, and was invited to play a small role in this National Assembly, by facilitating a couple of the breakout groups. 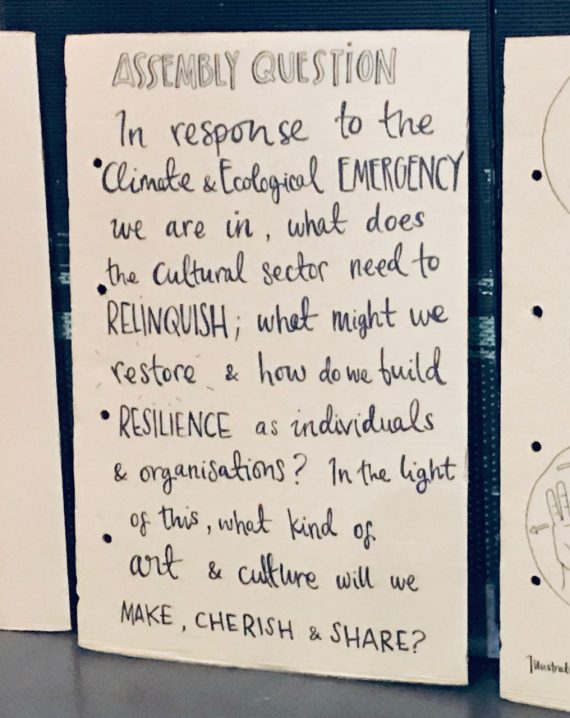 I found it to be a very moving and supportive day, coming together with 200 cultural organisations, artists and performers to share what we wanted to let go of and what we needed to develop for the future. Although not specifically related to the issue of rurality, being a part of such events and networks supports me to connect and share in ways that aren’t so easy from within Wiltshire where I live. 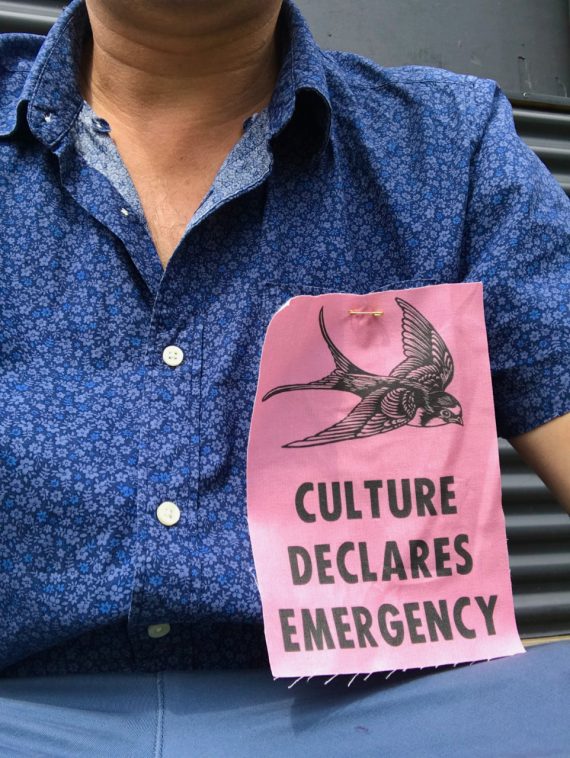 I won’t keep adding chunks of text about other events that I’ve been to, as there seem to have been loads recently, except to share a blog post on a Mapping The Future event that I ran as part of my Asking Andover Residency with Andover Museum this Summer:

‘In a time of climate and ecological breakdown, the financial risks that Brexit poses, and the rise of far right/Nationalist politics, how can Andover reconnect with the landscapes, rivers and ecosystems on which it depends, whilst providing homes, work and community spaces for its diverse community? “We need a town that with places for meeting, connecting and sharing”was for me the main message that came out of the session.’ 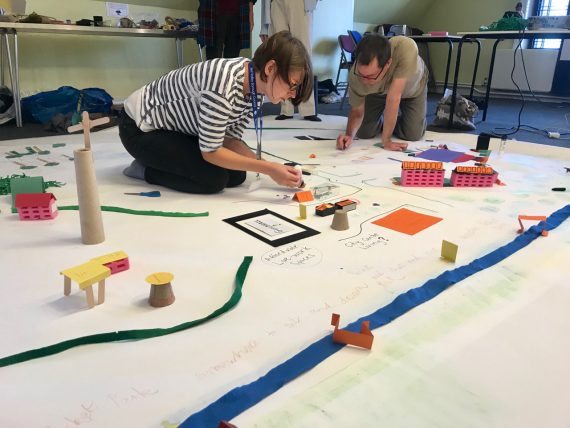 Karen Wood and I have our exhibition at Spitalfields Studios in November, kicking off with an event on the evening of Thursday 7th November, and including an Open Day and Artist Walk on Saturday 9th. The exhibition will celebrate the culmination of a year-long collaboration, partly supported by my A-N bursary.

This Thursday 5th September we will be out and about, on our sixth collaborative walk, and our first since Salisbury. I’ll be meeting Karen at Cannings St tube station and walking with her to City Island. The place of water within the city has been a key theme in recent walks, and City Island combines new ‘exclusive’ architectural development with older buildings, birdlife and the Thames itself.

Karen and I are also giving a talk about Urban Rural Exchange on Thursday evening at 6.30 and 8.30pm, at Spitalfields Studios, as part of the Studios’ Late Summer Party and the Refresh group exhibition. Both Thursday events are part of the Whitechapel Gallery First Thursdays. 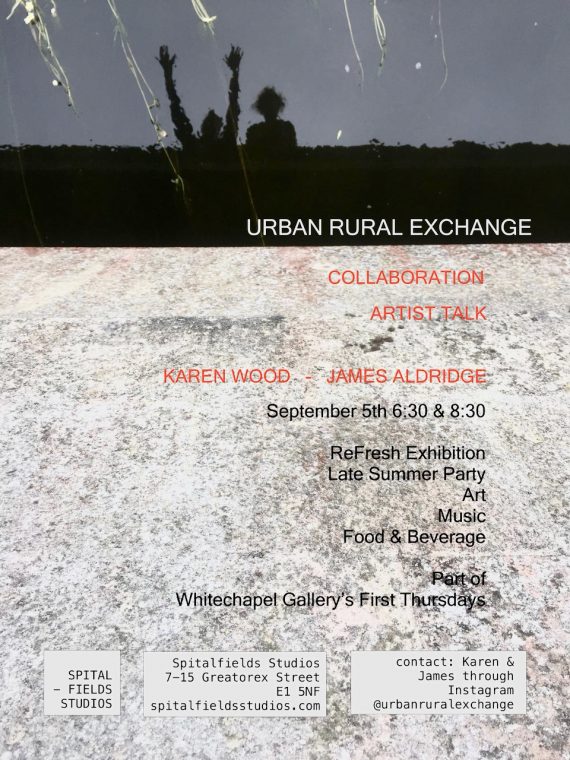 Finally, I was planning on joining the Climate Strikes on 20th September but have chosen to join Future Proof at The Arnolfini in Bristol, and take part in the strikes on the 27th instead. I’m keen to develop further conversations with others in my region and this Visual Arts SW event seems the perfect next piece in that jigsaw:

‘Our speakers will address: post-truth politics and the accelerated aggregation of wealth that obstruct effective responses to ecological decline; the importance of hearing young voices as an essential driving force of social change; pedagogical and activist traditions in collective working; and the resilience, solidarity and care required to sustain diverse artistic and curatorial practices.’ 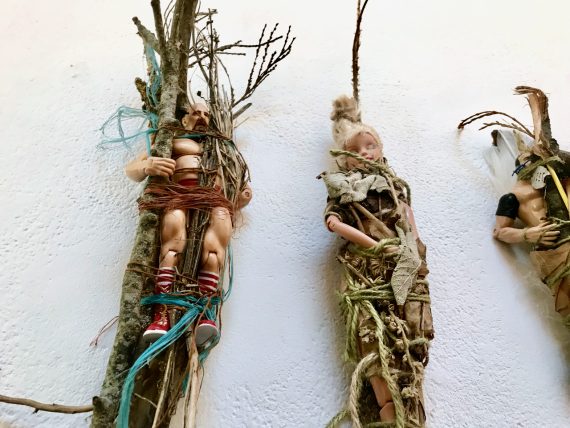 My A-N bursary has supported me to reach out from my local context and engage with others on subjects that are important to me. It’s not about escaping the limits of a rural setting to become someone else, it’s about seeing what I do with new eyes and understanding the wider context within which I place my work. With that comes a renewed sense of purpose and a greater confidence in the value of what I have to offer.

(Then of course there’s prorogation, the UN Climate Summit and the coming October Rebellion with XR… I might have to leave those for another time.)